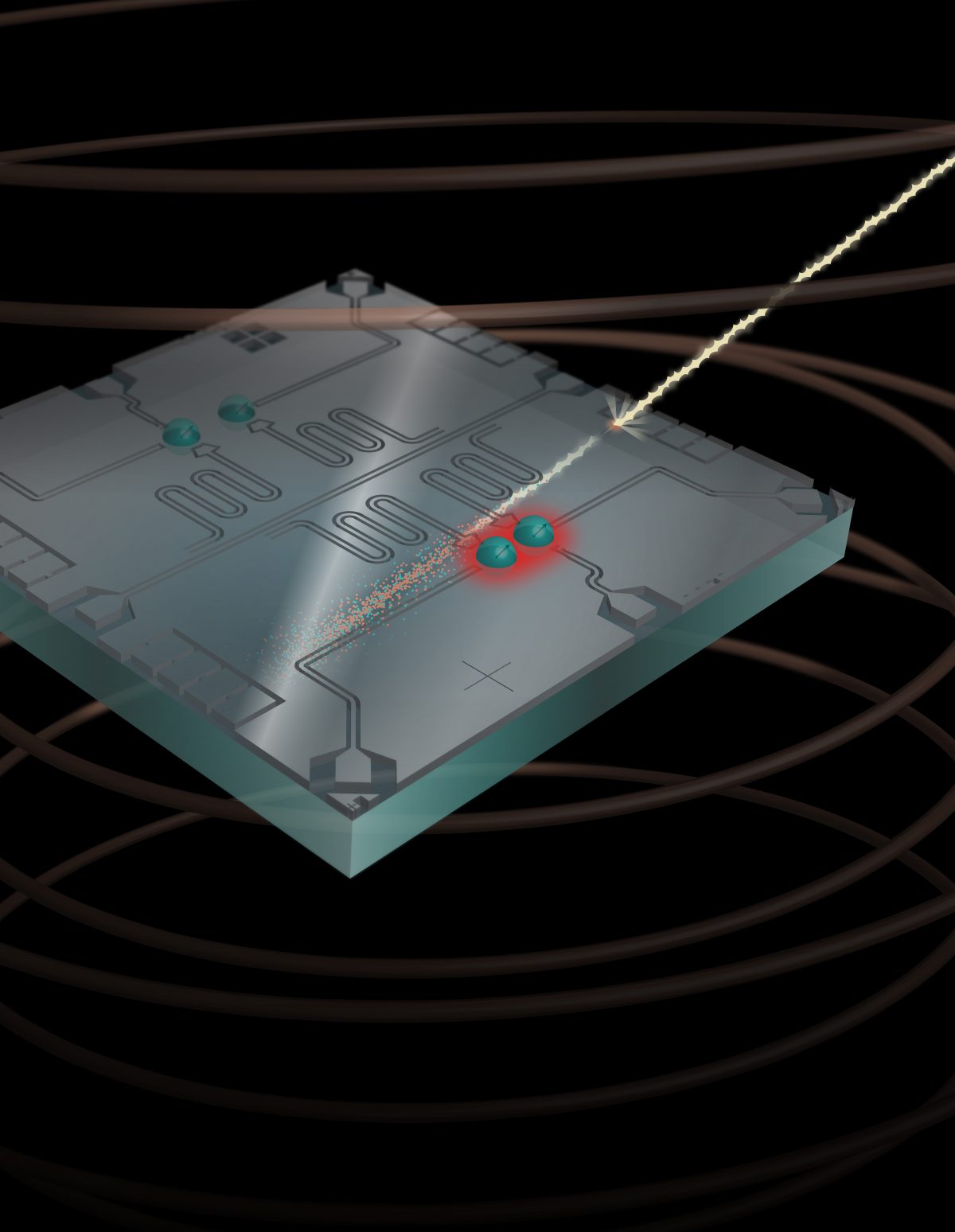 Two physics graduate students, Xiaoyu Jiang and Abigail Shearrow, have had their projects awarded funding through QISE-NET, the Quantum Information Science and Engineering Network. Run through the University of Chicago, QISE-NET is open to any student pursuing an advanced degree in any field of quantum science. Jiang, Shearrow, and other students in their cohort earn up to three years of support, including funding, mentoring and training at annual workshops. All awardees are paired with a mentoring QISE company or national lab, at which they will complete part of their projects. Jiang and Shearrow explain their projects below.

“The research I proposed aims to, with the help of Argonne National Lab’s computational expertise, build a platform that models and simulates the performance of the atomic qubit array (AQuA) experiment in Prof. Saffman’s lab. This could help us to understand the effect of various technical problems, such as laser noise, in the experiment, and guide us in improving the gate fidelities. On the other hand, the platform could also be a useful tool in simulating and designing novel quantum gate protocols and quantum algorithms that can be performed on AQuA.”

“We are developing a new type of superconducting qubit that provides protection from noise and decoherence at the hardware level. Our near-term goals are to prepare quantum superposition states and to transfer them into the protected regime where we will look for extended energy relaxation and dephasing times. We will next implement protected gates, which we will characterize by doing interleaved randomized benchmarking.”

The inaugural MS in Physics–Quantum Computing is the first program of its kind in the U.S. It addresses an emerging workforce need by preparing students to enter this rapidly growing and highly complex field. Most of the students will complete their degrees August. We checked in with them after their first semester to see how their studies were going.

Interested in earning a Master’s in Quantum Computing? Visit go.wisc.edu/MSPQC for more info. 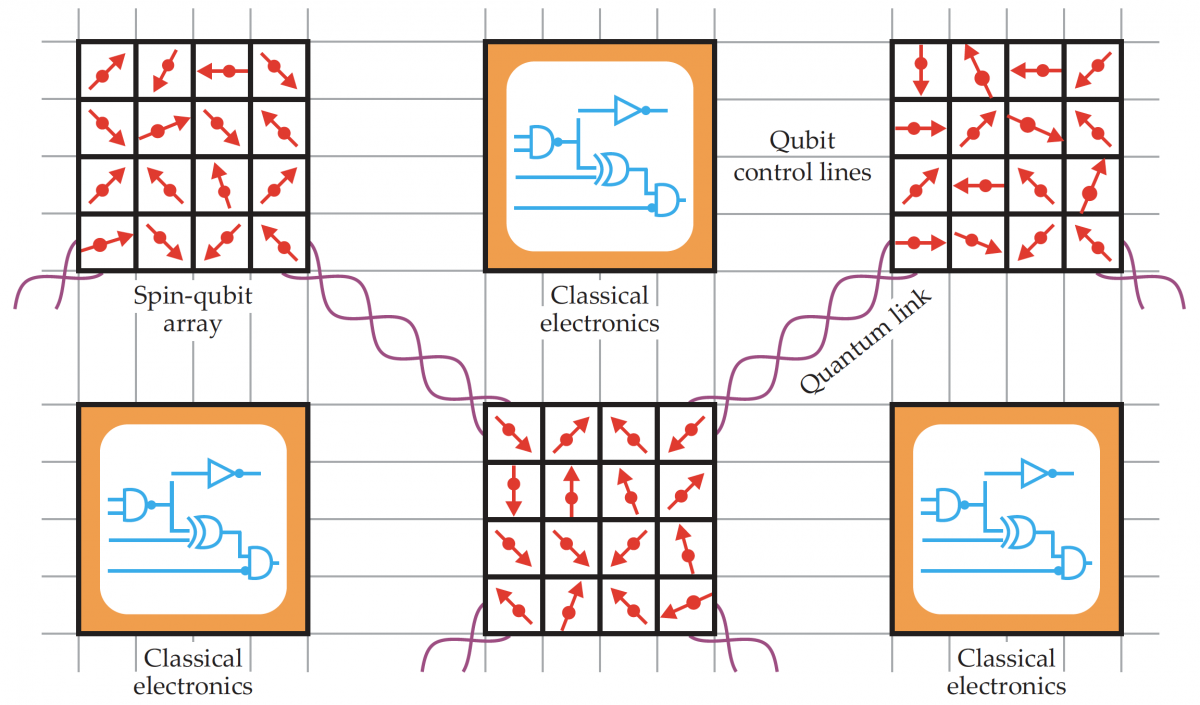 The full article is available at Physics Today’s website.

Researchers at the Wisconsin Quantum Institute (WQI) have been awarded a US Department of Energy grant to study the noise that hampers advances in quantum systems, including quantum computers.

The three-year, $4 million funding will allow the researchers to apply emerging tools to identify new materials and fabrication methods that can improve the performance of these systems.

“All of physics is quantum on some level, and quantum systems let you understand how physics works when you get to the cleanest, smallest, most isolated systems,” says Shimon Kolkowitz, assistant professor of physics at the University of Wisconsin–Madison and lead investigator of the grant. “We think that quantum computing, and quantum technologies more generally, are a really promising area of technological development and research.”

Quantum systems — which make use of single atoms or electrons and the quantum mechanical properties that govern them — have the potential to push boundaries in such areas as computing, precision sensing, and secure communications.

A limiting factor in quantum computing power is the number of qubits, or quantum bits, that can be strung together. Like bits in a classic computer, the more qubits in a quantum computer, the more the computing power. And the limiting factor in how many qubits can be connected with each other while remaining in the fragile quantum states required to perform a computation — called “coherence”  in quantum lingo — is their resistance to external environmental factors, or “noise” that may cause them to “decohere.”

However, researchers have found that the materials used to make the qubits themselves generate a lot of this noise.

“People for quite a while have seen this noise, treated it as a fact of nature, and tried to design around it. But no one really knows what it is or how to get rid of it,” Kolkowitz says. “Even more fundamentally than just understanding or reducing this noise, we think that if you can reduce or ultimately eliminate this noise, it actually opens up the design space for the kinds of qubits you can build, and that will make it much easier to wire qubits together.”

With the DOE funding, Kolkowitz, along with colleagues at WQI and the Livermore National Laboratory, seeks to first identify the nature of the noise and how specific materials contribute to it, and then to develop ways to reduce it.

Work in Kolkowitz’s group, as well as that of Victor Brar, assistant professor of physics and co-investigator on the grant, has led to the development of quantum sensors that allow the researchers to characterize things like magnetic fields at the nanometer scale, or to see how single atoms are arranged in various materials. Part of the DOE funding will be used to continue improving these sensors.

Kolkowitz and Brar then want to use their sensors to identify the noise affecting qubits designed by UW quantum computing researchers Mark Eriksson and Robert McDermott.

“And then we can work in a feedback loop, where, for example, Robert McDermott makes samples and characterizes their performance, then we study the noise limiting that performance with these quantum and nanoscale probes to figure out what’s happening on the microscopic scale,” Kolkowitz says. “Then, we give that information to our theory collaborators here and at Livermore who build models and simulations based on what we’ve measured. And then Robert can use what we’ve learned to design and make new samples to see if we’ve improved on these issues.”

Trying to identify sources of this noise is nothing new, but what Kolkowitz finds most promising about the work funded through this grant is the development and application of new sensing technologies.

“These emerging tools that use quantum states and quantum systems themselves should give us access to the origins and behavior of noise in quantum platforms on scales that haven’t been accessible before,” Kolkowitz says.

Other WQI members who are co-investigators on the grant include Jennifer Choy, Laura Faoro, Mark Friesen, and Alex Levchenko.